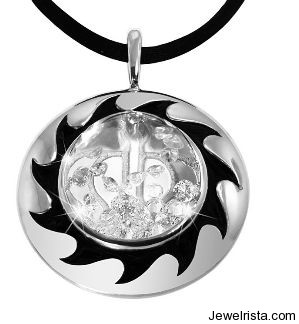 Reena Ahluwalia is a Toronto-based Canadian jewellery designer. Born in India, she began her career immersed in traditional Indian jewellery. Jewellery being an intrinsic part of everyday life in Indian culture, she was able to focus on the importance of jewellery’s many functions – symbolic, physical and conceptual. 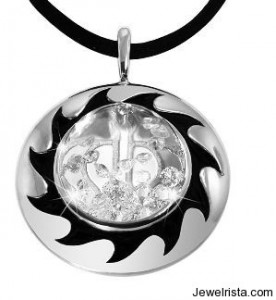 Ahluwalia’s multiple-award winning body of work reflects her passion for diamonds and linkages with the global diamond community for over fifteen years.

In 2008, Reena Ahluwalia was invited to design a unique diamond setting for Ontario’s first mined diamonds. The two diamonds came from De Beers’ Victor Mine and are set in the historic Mace of Ontario.

An ambassador of arts and crafts, her quasi-nomadic, globetrotting lifestyle has enriched her thinking and enabled her to experience various cultures that help shape her cutting edge designs. This openness to cultures and experiences has also brought with it a spirit of enquiry and exploration that makes it possible to reboot her thinking keeping her designs fresh and innovative.

Reena Ahluwalia’s work is often described as flamboyant, harmonizing precision and geometry with fluidity and movement. Ahluwalia’s signature style is renowned for it’s edgy but feminine, well-engineered fluid forms and innovative narratives told through suggestive imagery. She has been successful in exploring different extremes in form, effortlessly moving from extravagant and exaggerated to small and understated.

Besides selling directly to private clients around the world, Ahluwalia is also the creative force behind some of the most recognized international