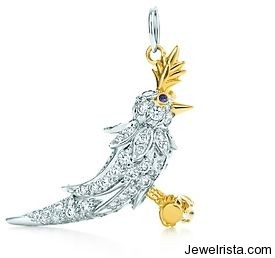 Designer for Tiffany, artist for the world. Schlumberger has captured the attention of beautiful women and museum curators worldwide. His imagination is his genius.

Schlumberger was born in then-German Mulhouse, France to a well-to-do family involved in textile manufacturing. He sketched constantly during his youth, but his parents tried to discourage his artistic interest by refusing to allow him to undertake formal training.[1]Schlumberger began his career creating buttons for Elsa Schiaparelli in the 1930s. Schiaparelli later commissioned him to design costume jewelry for her firm.

During World War II, Schlumberger was in the French Army and survived Dunkirk. He also served under General Charles de Gaulle in England and the Middle East with the Free French Forces.
After the war, Schlumberger came to New York and began to design clothing for Chez Ninon. In 1946, he opened a jewelry salon with partner Nicolas Bongard (1908-2000).

So often Jean Schlumberger finds inspiration in nature’s forms. Brooch in 18k gold with round brilliant diamonds in platinum. 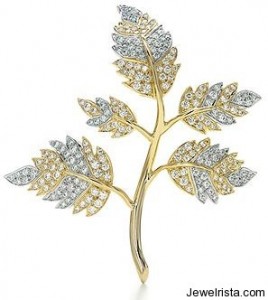