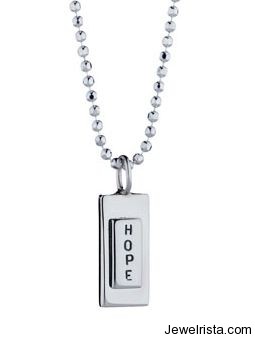 Efva Attling was born in Stockholm. She made her first piece of jewellery when she was eleven years old. At the age of 16 she was a pupil of one of Sweden’s greatest silversmiths. Then Eileen Ford spotted her and a 12-year modelling career began. Efva worked as a model in Milan, Paris, London and with Ford Models in New York, but she wanted to change her career and so she did. Having music in the family and in her heart Efva started a band in 1981 called the X Models. The band had a hit ballad, “Two of us” (Swe. “Två av oss”) in the 80´s which Efva composed. While she kept on writing, singing and releasing records she also worked with design in different forms. She designed clothes for Levi’s and H&M and had her own line of maternity wear “Pretty Pregnant”. 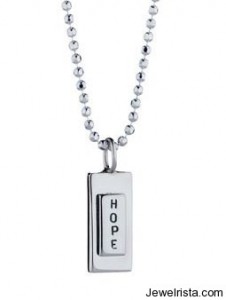 Since 1996 Efva’s been back to where she once started: working with silver, gold and precious stones. Efva’s specialty is playing around with words and expressions. This gives you one more dimension to the jewellery. ‘And as I used to write lyrics I still want to move people with words. I call my design “Beauty with a Thought”.