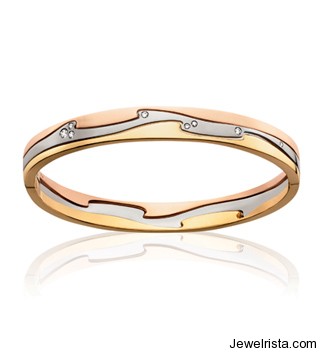 Georg Jensen (1866-1935, often misspelled George Jensen) was a Danish silversmith who started the Copenhagen-based company that still bears his name in 1904. Although he trained as a goldsmith from 1880-1884, Jensen was initially intent on being a sculptor and ceramist. That pursuit occupied him until 1901, when he took a post with acclaimed Arts and Crafts silversmith Mogens Ballin.

Ballin encouraged Jensen to follow his instincts, which shaded to the natural order and balanced, organic embellishment of Art Nouveau. Jensen had profound respect for his chosen material, so much so that he insisted on creating not just stunning pieces (rings, brooches, cufflinks, earrings, pendants, bracelets) but an entirely new tradition of silver craftsmanship. In that respect, he appears to have learned a thing or two from Ballin.

Most of Jensen’s first silver jewelry pieces featured flowers, bunches of grapes, birds, and other animals. Jensen’s silver was hammered to create a pebbled surface, then oxidized to give his designs depth and distinctive tints. Semi-precious, often locally quarried stones such as agate, amber, opals, and malachite were also used, but sparingly. Some pieces were formed from 18-karat gold, but for Jensen, silver was his main medium.

For collectors, an important aspect of Jensen’s earliest work is the fineness of the silver, which varied from 826 to 830 to 925 (sterling). It wasn’t until 1933 that sterling silver was used exclusively at Jensen, which gives fans of his early work a clear way to date a vintage piece. 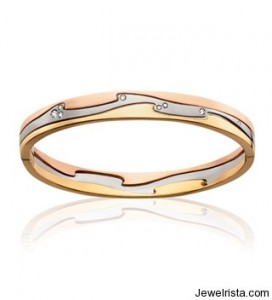 Georg Jensen jewelry is a completely different look from most other brands.

Most Georg Jensen jewelry is made in sterling and set with semi-precious stones. The more regular stones are lapis lazuli, chrysophase [green agate], amber, carnelian, and labradorite.