“Our goal is to make jewelry that are stylish, beautiful and inspiring – all at once.

We call it ‘Beauty with a Thought’

These are the words that Efva Attling’s jewelry company lives by. Over the years, they had been providing great designs that are captivating, trendy and stimulating. Her designs became well known among popular personalities when Madonna started wearing the famed “Homo Sapiens” which definitely made a noise back then. Even now, several celebrities have been seen coming and going her jewelry stores such as Jennifer Aniston, Iman, Meryl Streep, Sharon Stone, Sarah Parker and Paris Hilton.

In April 2011, she received recognition from the Royal Swedish Patriotic Society as an internationally known jewelry designer.

Her earliest jewelry creation dates back to when she was eleven years old, and five years later she became a student to one of Sweden’s supreme silversmiths. Not long after that, Eileen Ford spotted her which opened the doors to a 12 year modeling career where she worked with the Ford Models in New York as well as in Milan, Paris and London. 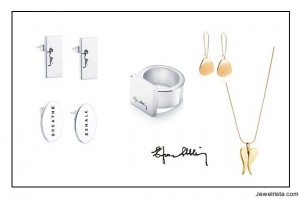 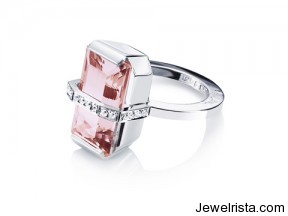 In 1981, however, she followed the calling for the love for music and became a band member for the ‘X Models’. She composed the song “Two of Us” which became a hit in the early 80s. But, then her talents for designing got her to work with Levi’s and H&M after a few years which eventually led to the birth of her own line of maternity dresses and clothes called “Pretty Pregnant”.

In 1999, her talents in designing jewelries called out again and so she started her first workshop in February in the southern part of central Stockholm, in Hornsgatan 42. Two years after, her workshop expanded and eventually led her to open her debut shop featuring her own line of jewelries.

It was in November 2004 when “ Efva Attling Stockholm” officially opened for business under the name. This is in Birger Jarlsgatan where the shop was seen right in between Louis Vuitton and Gucci. Right now, the company has a total of six boutiques, with 76 retailers located in Sweden and 75 retailers located all over the world.