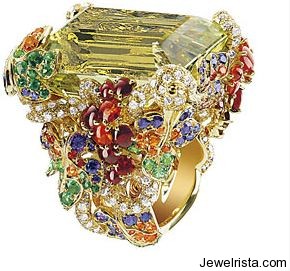 Christian Dior S.A. (more commonly known as Dior) is a French company which owns the high-fashion clothing producer and retailer Christian Dior Couture, as well as holding 42% of LVMH Moët Hennessy • Louis Vuitton, the world’s largest luxury goods firm. Both Dior and LVMH are controlled and chaired by businessman Bernard Arnault. The Dior label is the namesake of designer Christian Dior who launched the haute couture empire in 1946. Christian Dior Couture, a division of the whole House of Dior, designs and produces some of the world’s most coveted haute couture, as well as luxury ready-to-wear fashion, menswear and accessories. Today, Dior operates about 160 boutiques worldwide with plans to open more in the coming years.

The House of Dior was established on 16 December 1946, in “a private house” at 30 Avenue Montaigne Paris B. However, the current Dior corporation celebrates “1947” as the opening year. Dior was financially backed by wealthy businessman Marcel Boussac. The new couture house became a part of “a vertically integrated textile business” already operated by Boussac. Its capital was at FFr 6 million and workforce at 80 employees. The company was really a vanity project for Boussac and was a “majorly owned affiliate of Boussac Saint-Freres S.A. Nevertheless, Monsieur Dior was allowed a then-unusual great part in his namesake label (legal leadership, a non-controlling stake in the firm, and one-third of pretax profits) despite Boussac’s reputation as a “control freak”. Monsieur Dior’s creativity also negotiated him a pleasant salary. 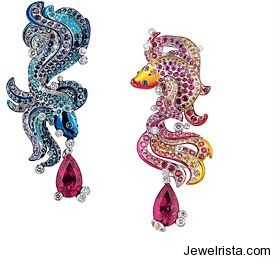