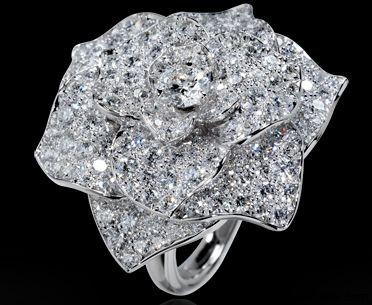 Since its foundation in 1874, Piaget has been cultivating a spirit of luxury while emphasising its creativity, attention to detail and fully integrated watchmaking and jewellery expertise. Originally specialised in the design and production of watch movements, the Manufacture expanded the scope of its expertise in the 1960s with the launch of astonishing jewellery watches, followed by innovative jewellery collections. Expressing the spirit of the times, Piaget’s watch and jewellery designs embody the eternal quest for technical mastery, transformed by boldness, expertise and imagination. 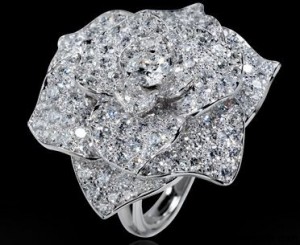 The spirit of entrepreneurship, a taste for risk, and the determination never to rest on one’s laurels seem to be firmly rooted in Piaget’s DNA. In 1943, the manufacturers of Piaget mechanical movements made a decision that would prove crucial for their company’s future. The Piaget brand name was officially registered and the workshop at La Côte-aux-Fées began producing watches, which it designed and sold under its own name. It was a renaissance for Piaget, due principally to Gérald and Valentin Piaget, the founder’s grandsons, who worked to expand the brand geographically and make it more widely known. Orders poured in: clients were impatient to wear “their” Piaget, and Piaget’s production units worked constantly at maximum capacity. The old workshops had been modernised, but they could no longer suffice. In 1945 a new facility was built at La Côte-aux-Fées. It would become the locus of completely new developments in the field of ultra-thin mechanical movements.

In the history of watchmaking’s quest for the infinitely small, Piaget has written some of the finest pages. In 1957 the workshop in La Côte-aux-Fées developed the Calibre 9P, an extraordinarily thin, manually wound watch movement. In 1960 their watch-makers came out with Calibre 12P movement, just 2.3 millimetres thick – the slimmest self-winding movement in the world. These developments opened up new possibilities for Piaget’s designers in their quest to create sophisticated timepieces. The jewel watch was Piaget’s gift to the world of watchmaking, its extreme thinness reflecting its interior perfection. Alongside their coin watches, ring watches, brooch watches and cufflink-watches, Piaget began creating their first matinee necklaces. In 1957 Piaget launched a men’s watch that was to become an icon: the Emperador. The company opened a manufacturing facility in Geneva that was exclusively devoted to the creation of jewellery. In 1959, Piaget opened their shop.

Piaget’s ability to produce ultra-slim mechanical movements and the skills of their master jewellers gave the company an extraordinary dual status. The mastering of one profession opens up an often-unforeseen range of possibilities; the mastering of two, making audacity your primary objective, sets off dazzling sparks. Piaget’s fireworks-display of creativity and innovation was celebrated throughout the world, and gave the company a distinctive position in the world of luxury and precision. In 1964 Piaget created a sensation when it presented the first watches with faces worked in precious stones: lapis-lazuli, turquoise, onyx and tiger’s eye. This was repeated when the company launched the cuff watch, which instantly became a symbol of fine watchmaking. In 1976 the Piaget workshop developed the Calibre 7P, the smallest quartz movement of its generation. Creativity and the expression of a unique style became a Piaget hallmark.

You don’t become the reference brand for creativity without a sense of freshness and spontaneity. Piaget has met this challenge by stretching the outer limits of both its natural vocations: jewellery and watchmaking. To Piaget, audacity means emphasising their independence, along with a subtle play of extravagance that explores new directions and never ceases to innovate. Creativity has meant becoming a high-fashion accessory, producing models that capture their era but also travel down through the ages. In 1979 the Piaget workshop launched the Piaget Polo watch, both avant-garde and beyond the vagaries of fashion: it became an iconic model, the favourite timepiece of the stars. The Dancer collection, launched in 1986, met with the same success. Women were becoming more liberated, and Piaget offered them dreams: exceptional adornments, dazzling in their beauty. Under the guidance of Yves Piaget since 1980, Piaget has continued to grow in originality and skill.

In 1988 Piaget joined the luxury group which would, a few years later, take the name of Richemont. The company continued to develop its traditions and character. A tribute to movement, the first jewellery line – ‘Possession’ – was launched in 1990; its success has never wanned. Later the Limelight collection brought a touch of Hollywood glamour to high jewellery. Miss Protocole, a collection whose creative panache was epitomised by its interchangeable bracelets, received a triumphal welcome in 1998. On the watchmaking side, after the 1998 launch of the ultra-thin Altiplano collection – watches that were symbols of pure classicism and elegance – Piaget reinterpreted a historic model from the 1950s in contemporary tones: the Emperador line was born in 1999, incorporating the most sophisticated movements. Masterpieces of complex watchmaking, signed by Piaget, formed a new collection, known as Black Tie.

In 2001 Piaget opened its new Manufacture de Haute Horlogerie on the outskirts of Geneva. This high-performance workspace gathered together masters of more than forty different professions in watch making and jewellery, complementing the activity of the workshops at La Côte-aux-Fées. Their integration enabled Piaget to respond even faster to customers’ demands. Launched in 2001, the new Piaget Polo gave a new, youthful thrust to the watch, an emblem of the 1970s which had stood the test of time with ease. In 2002 came Magic Reflections, a jewellery collection conceived on the theme of the garden. The following year, jewellery watches added their lustre to the Limelight collection, which embodies the glamour of Piaget. Master watchmakers, meanwhile, continued to develop new watch movements. A new peak was reached in 2002, with the presentation of the Calibre 600P: just 3.5 millimetres thick, it was the thinnest tourbillon movement in the world.

2004 brought an anniversary that the founder, Georges Edouard Piaget, probably never imagined. He would no doubt have been proud to observe that, after 130 years of creativity in watchmaking and jewellery, Piaget’s hallmarks — audacity and a passion for innovation – remain as strong as ever. It took only a few of those years for the Possession collection to become a jewellery classic. And it took only one more element to perfect that enchanting universe. Launched in 2005, the Possession watch has set the tone for Piaget’s ongoing success.

Since 2005, the firm entered the very exclusive circle of brands having their own chronograph movement, with a 5.6 mm-thick dual-time flyback calibre that is faithful to the company’s tradition of elegance. In 2010, Piaget is returning to its roots by introducing a new line of ultra-thin calibres paying tribute to the legendary 12P first launched 50 years ago. At just 2.35 mm thick, the new-generation 1200P and 1208P is the thinnest self-winding movement on the market. All of these masterpieces are completely in line with Piaget’s proverbial inventiveness and emphatically reassert the founder’s motto: “Always do better than necessary”.