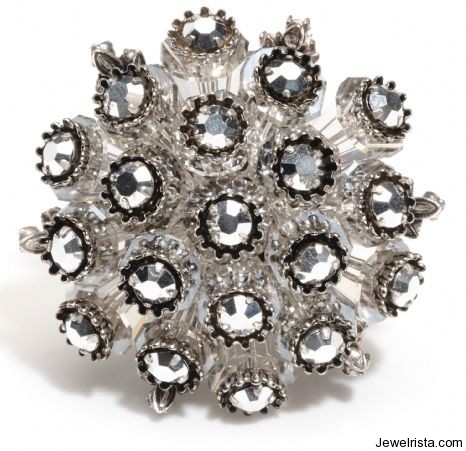 Miriam Haskell has been synonymous with impeccable style and beautiful jewelry since the 1920’s. Haskell Jewels, headquartered in New York City, is a leading designer, marketer and distributor of costume jewelry. Founded in 1926 by Miriam Haskell, she established her brand name as one that represented, and continues to represent, the utmost in style and quality by creating hand crafted jewelry with keen attention to detail. 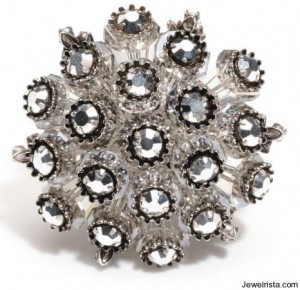 The Miriam Haskell of today is a rapidly growing company which meets the demands of the fashion jewelry business across all categories with many brands and licensees under its corporate umbrella. In June of 2008, Haskell strategically acquired M.W. Samara LLC, one of the leading sterling silver jewelry companies. Samara was established in 1972 and was one of the first companies to sell sterling silver jewelry to specialty stores and boutiques in the United States. In the early 1980s, after recognizing a void for silver in major department stores throughout the United States, Samara pioneered the effort to bring the metal to a new marketplace. With a powerful vision and conscientious marketing and sales effort, Samara helped establish the Bridge Jewelry Department in retailers nationwide. Today the company enjoys an excellent reputation as a leader in product innovation and design. Samara is also reputed to be a reliable supplier of well-priced, high quality, sterling silver jewelry.

Haskell today is perhaps best known as the leader of the trend jewelry market with its M. Haskell line. M. Haskell provides up to the minute trend- right merchandise to the department stores (retail prices range from $12-$40) and mid-tier customers on a constant basis. The line’s product is always on the cutting edge of trends and is recognized for consistent delivery of fashionable product and, above all, value.

Haskell designs and distributes an extensive private label program for major retailers such as Macy’s, Dillard’s, JC Penney, Target, Kohl’s, Steinmart, Nordstrom, Old Navy and GAP, among others. Haskell produces Worthington Classic for JC Penney; Xhilaration at Target, Simply Vera Vera Wang & Sonoma at Kohl’s, to name a few. Haskell helped launch Simply Vera Vera Wang jewelry at Kohl’s nationwide in the fall of 2008. The jewelry continues to have significant sell-thrus and is currently the best selling jewelry on their website. Merchandise in the private label arena is tailored to meet the needs of the brand.

2006 brought the launch of Betsey Johnson jewelry to Haskell. The launch was met with incredible excitement and success and the line was placed in over 500 better department stores, including all 100 Nordstrom doors- quite a feat. Today Betsey Johnson jewelry is the hottest department store brand at retail. In spring 2008, Haskell took over the Kenneth Cole jewelry license from a competitor and re-launched this 1200 door department brand with the intention of restoring it to its former glory. Haskell is very excited to have partnered with Kenneth Cole Productions.

Most recently, Haskell has signed an exclusive license agreement with Gwen Stefani’s brand Harajuku Lovers to manufacture and distribute the Harajuku Lovers jewelry line starting Spring 2010. The collection will be available in department stores nationwide and draws inspiration from the eye-catching street style of Japanese girls in Tokyo as well as Gwen’s rock n’ roll sense of style.
The crown jewel, the luxury Miriam Haskell line, is still handmade piece by piece in our New York City studio as it has been since the twenties. Retailing from $300-$4000, Miriam Haskell is sold at the finest shop around the world.

Haskell Jewels continues to grow through new markets, growing its distribution channels, expanding its experienced management team and bringing the best product to the market.