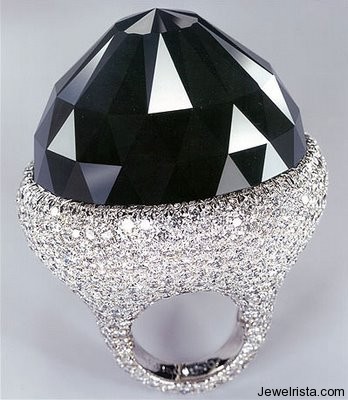 In the vast sea of designer jewelry, de GRISOGONO swims about like a giant purple octopus. With unabashed creative zeal, company president Fawaz Gruosi pushes the boundaries of jewelry design, resulting in some of the most extraordinary and provocative jewelry designs the world has ever seen. Massive gemstones – outlandish animal rendering – all accented with copious amounts of pave diamonds and gemstones!

Gruosi has also pioneered and even developed new materials for incorporation in de GRISOGONO’S jewelry creations. This trend started when Gruosi decided in the late 1990’s to use black diamonds as a focal point in his jewelry designs. Soon thereafter, other jewelry manufacturers began to follow suit by also using black diamonds in their jewelry.

From there, de GRISOGONO launched timepiece designs pioneering the use of “galuchat” (stingray) watchstraps. Next, he chose to market jewelry featuring new milky-colored diamonds which he called “Icy Diamonds.”
The company’s most recent innovation is a new brown tinted gold called “Browny Brown Gold” which is being used in both timepiece and jewelry designs. Whether it’s a bangle bracelet, a gemstone fashion ring, or even a timepiece design, de GRISOGONO’s exotic creations are sure to provoke, impress and mystify all who see them. 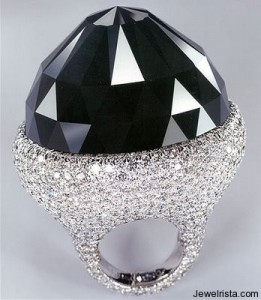 "The Spirit of de Grisogono"

A little de GRISOGONO history… Born in 1952, Gruosi was always driven by two things: the need to work and his passion for art. Putting the two together only seemed natural. By the time he was in his early thirties, the jewelry world was beginning to take notice. Gianni Bulgari, a mythical name in the jewelry industry, created a new position for Fawaz Gruosi. The growth opportunities were almost limitless and Fawaz took advantage of his marvelous opportunity.

In 1993, without any kind of commercial strategy, Grousi founded a jewelry design company with two associates. He called it de GRISOGONO, using the maiden name of one of his associates’ mother.

Since its conception over 14 years ago, de GRISOGONO has branched out all over the world. With numerous famous clients, such as Sharon Stone, de GRISOGONO shows no sign of slowing or diminishing in popularity.