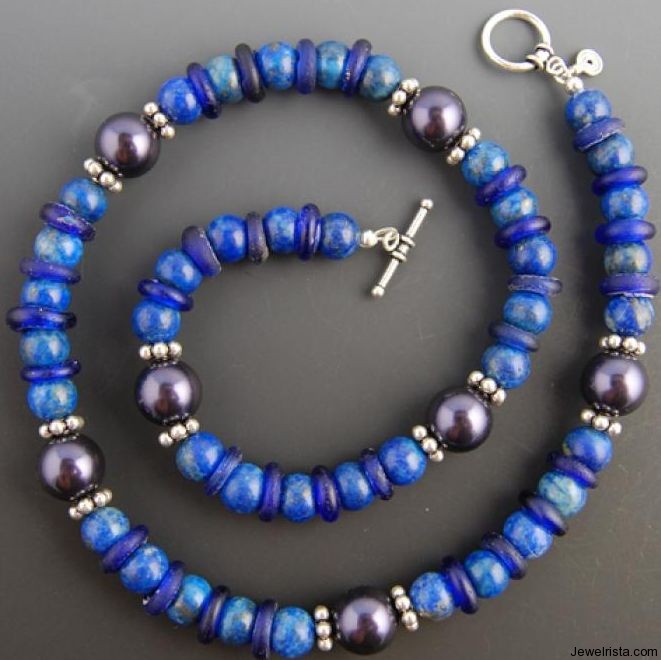 Alexandra Amaro is a jewelry artist based in Point Richmond, California who creates fusion designs inspired by the cultures, colors and characters encountered on her extensive travels and residencies abroad. Working primarily with antique African trade beads, precious hardwoods, gemstones and fine metals, she sources many of her materials directly from community artisans and is committed to fair trade practices. Alexandra is currently pursuing a BFA in Jewelry and Metal Arts at the California College of the Arts and plans to launch new collections with increased metalsmithing and lapidary work as a result of the course.

Prior to becoming a full-time jewelry artist, Alexandra was an international development consultant based in Mozambique where she lived for nearly five years. There she used her background in Marketing to help local businesses and nonprofit organizations conduct fundraising, write project proposals and develop business and strategic plans. In late 2009, Alexandra decided to follow her passion for jewelry – a hobby she’d maintained since childhood – and opened her own business upon relocating to the US.

Originally from New Mexico but hailing from an international family, Alexandra has lived in Brazil, Italy and Austin, Texas (in addition to Mozambique) . She enjoys writing, dancing, cooking and gardening as complementary creative pursuits. 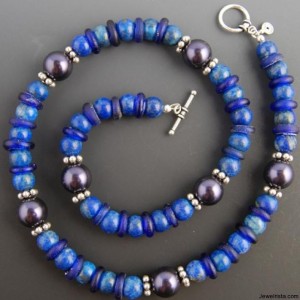 This wonderfully substantial necklace was inspired by the treasures that crossed the world centuries ago, back when the global maritime trade reigned supreme. Among the highly prized items carried by the trading ships were glass beads from Europe, silver from Mexico and precious stones – including the much sought-after lapis lazuli from Afghanistan.

The trade beads in this design, commonly known as “Dutch Donuts”, are some 300-400 years old and were recovered from shipwrecks off Mozambique Island. They are combined with (modern) lapis lazuli, oversized midnight purple Swarovski pearls, and large sterling silver spacer beads for an elegant, globetrotting-fusion look.

Length: about 24″ (61 cm) including a sterling silver toggle clasp. Beads measure between 10mm and 14mm.

Over the years, dozens of ships sank off the island, spilling such trade items as pottery, glass beads, ivory and coins into the shallow waters of the Indian Ocean. Today, at low tide, local boys dig in the exposed sand flats for the remnants of these treasures. The beads used in these earrings were purchased directly from the boys on the island, as they are not available commercially.