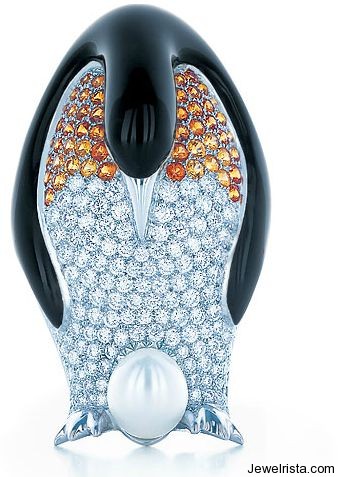 Founded by Charles Lewis Tiffany and Teddy Young in New York City in 1837 as a “stationery and fancy goods emporium,” the store initially sold a wide variety of stationery items, and operated as Tiffany, Young and Ellis in lower Manhattan. The name was shortened to Tiffany & Co. in 1853 when

Charles Tiffany took control, and the firm’s emphasis on jewelry was established. Tiffany & Co. has since opened stores in major cities all over the world. 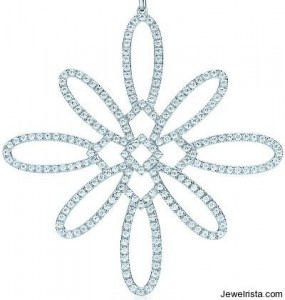 Each year Tiffany & Co. creates a new Vince Lombardi Trophy, the award given to the NFL team that wins the Super Bowl that year.

“Tiffany Cross” version of the Medal of Honor

The first Tiffany catalog, known as the “Blue Book”, was published in 1845. It is still being published today. In 1862 Tiffany & Co. supplied the Union Army with swords (Model 1840 Cavalry Saber), flags and surgical implements. In 1867 Tiffany & Co. was the first US firm to win an award for the excellence in silverware at the Exposition Universelle in Paris. In 1877, an insignia that would become the famous New York Yankees “NY” logo was struck on a medal of honor by Tiffany & Co. and issued to the first NYC police officer shot in the line of duty. The Yankees adopted the logo in 1909. The company revised the Great Seal of the United States in 1885. In 1919, the company made a revision to the Medal of Honor on behalf of the United States Department of the Navy. This “Tiffany Cross” version was rare because it was awarded only for combat, using the previous design for non-combat awards. In 1942 the Navy established the Tiffany version for non-combat heroism, but it proved unpopular, perhaps due to its resemblance to the German Iron Cross. In August 1942 the Navy eliminated the Tiffany Cross and the two-medal system. In 1968, US First Lady Lady Bird Johnson commissioned Tiffany to design a White House china service, which featured 90 flowers. In June 2004, the jeweler Tiffany & Co. sued eBay, claiming that eBay profits from the sale of counterfeit Tiffany products. Tiffany lost at trial and on appeal. See Tiffany v. eBay for more details. On January 28, 2008, it was announced that the Japanese mobile phone operator SoftBank and Tiffany & Co. had collaborated in making a limited 10 model-only cellphone. This cellphone contains more than 400 diamonds, totaling more than 20 carats (4.0 g). The cost is said to be more than 100,000,000 yen (£ 781,824). 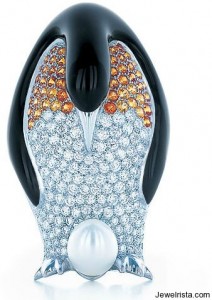 Tiffany’s own facilities—spanning diamond cutting and polishing, jewelry crafting and
distribution—are operated at the highest standards in the industry. No less rigorous
are the standards we use to evaluate our vendors and suppliers. We have established
a multidimensional Social Accountability Program that includes comprehensive guidelines
for the manufacture of the materials we use, all designed to ensure that our vendors
and suppliers are held to the same exacting standards that we are proud to uphold.

Currently, over 95% of Tiffany’s catalogue paper is certified to the standards of the
Forest Stewardship Council (FSC), and our goal is to make certain that 100% of the
paper used in our packaging materials and catalogues is FSC-certified by 2010.
The FSC promotes environmentally and socially responsible management of the world’s
forests, evaluating both forest management activities (forest certification) and the tracking
of forest products through factories to the marketplace (chain-of-custody certification).
FSC certification assures that wood and paper products come from renewable and
well-managed resources. We also are proud to have partnered in the development of a
high-end grade of FSC-certified paper that contains 30% post-consumer waste content.
This paper is used to print our seasonal Selections® catalogues. The iconic Tiffany Blue®
bag has received a green upgrade as well. It’s now made from FSC-certified paper and
biodegradable plastic film, making the bag a 100% virgin recyclable product.