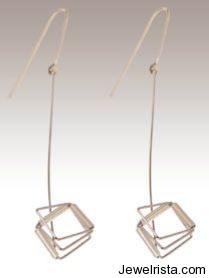 Born in Mozambique, educated in Macau and England, Angela studied the piano at the Royal College of Music in London. When injury prevented her from studying, but determined to continue in a field in which she could use her hands for creative ends, she began making jewellery. She had finished a Bachelor’s degree in Jewellery design at the London Metropolitan University. She had since been awarded the Setting-up Grant by the Crafts Council, London; and won various design awards including the Janet Fitch Jewellery Award at Chelsea Crafts Fair in London.

Angela has always been drawn to movement, interaction between jewellery and wearer. The function, adaptability and an element of surprise play a very important role in her designs.