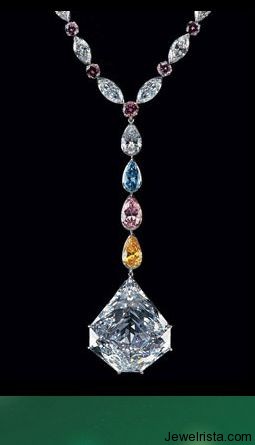 The House of Graff is synonymous with the most fabulous jewels in the world. The name symbolizes rarity, beauty, excellence and, above all, the best quality, craftsmanship and diamonds. A diamond company extraordinaire, Graff produces polished diamonds from the rough sourced from mines around the world, making it one of he world’s leading diamond companies. Tens of thousands of carats of rough diamonds are cut and polished by a team of over 300 in Graff’s diamond cutting facility based in Johannesburg, South Africa. Each jewel is unique, from the perfectly cut diamond to the magnificent hand finished piece. 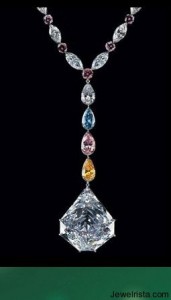 Graff Diamonds was founded by Laurence Graff in 1960, and has over several decades become one of the leading jewelry companies in the world, as well as the largest dealer of the most rare and expensive gems.

Graff Diamonds is involved in all stages of production of cut diamonds (mining, cutting and polishing) jewelry and watches. Its diamonds are procured from fields all over the world, including those in Russia, Canada, Australia, South America and South Africa.

The name of the jeweler the House of Graff is associated with the most exquisite precious stones in the world. This name symbolizes uniqueness, beauty, unmatched sophistication, the highest quality and craftsmanship. Graff is one of the leading companies producing cut diamonds supplied from fields around the world.

In 1973, Graff Diamonds became the first jewelry company to go public, but in 1976, Laurence Graff bought out all of its shares. The company opened its first store in London in 1974, and currently, there are Graff salons in France, Monaco, Switzerland, the U.S., Kuwait, the United Arab Emirates, Hong Kong, Japan and Russia.