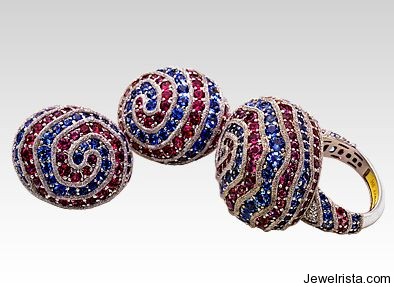 Alex Soldier was born on a threshold of two continents, Europe and Asia, in the Ural Mountains region, city of Perm. This region is known for its abundant natural resources such as gold and adamants.

Based on a Russian folk legend, in the bosom of these mountains once lived a Russian craftsman named Danila, who spent seven years of his life to carve a flower out of malachite which would be ideal in form and beauty.

So much time and effort had Danila invested into his creation that the final outcome turned out to be a masterpiece—the flower looked as if it had its own soul, even though it was made out of stone.

This legend serves as an inspiration for Alex Soldier to this day. When designing jewelry, Soldier strives to create miniature works of art. He gives life to his work—be it a jewelry design or an objet d’art—making it more a piece of art than an accessory.

Even as a child, Alex Soldier displayed a talent for sculpture, woodcraft, and painting miniatures. But before pursuing art as a career, he earned a master’s degree in computer engineering. 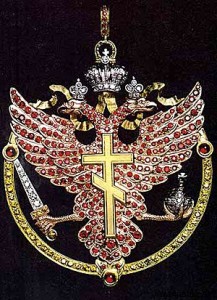 In 1981 Alex Soldier made a drastic change in his profession: in just six months he was promoted from an intern to a chief designer of the largest jewelry plant in the Urals region.

His unconventional approach to the jewelry-making process has taken the plant to a new level of recognition by winning numerous awards at trade shows across Eastern Europe.

When he arrived in the United States in 1990, Soldier began to work independently, developing new methods of designing and producing contemporary jewelry in 18k gold and platinum with precious gemstones.

His innovative approach and artistic aspirations led to a development of an extensive line of conceptual jewels, earning awards and professional recognition.

In 1998 Alex Soldier won a Platinum Passion Award from Platinum Guild International and in 2002 a Spectrum honor from American Gem Trade Association.

His profound understanding of precious metals in concurrence with an extraordinary gift for improvisation gave birth to an entirely different and drastically novel line of one-of-a-kind miniatures. Imbued with a timeless quality, mesmerizing in the intricacy, and daring in mastery, Soldier’s objects are sought after by private collectors worldwide.

Many of Soldier’s pieces are also given as prizes to distinguished artists. “Triumph,”
for example, is a prize awarded annually to exceptional Russian artists in art, literature, and music. The statuette is based on a design by famed sculptor Ernst Neizvestny.

For Alex Soldier, each piece he creates is a new life waiting to tell its story, like his conceptual miniature called “Nabokov’s Butterfly” that involves Jacqueline Kennedy and Andrei Voznesenski as the story’s backdrop. Or a special present to Tonino Guerra called “Dancing Man” among many others.

More than just metal and stones, Soldier’s jewelry is as meaningful as his miniatures, incorporating layers of details that offer its wearer many visual surprises. Seeing jewelry as art is central to Alex Soldier’s philosophy. 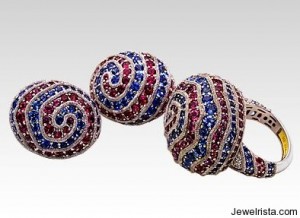 His longtime legacy has been rooted in creating one-of-a-kind jewelry masterworks marked by his intellectual force, mastery of techniques and the science of materials. His work is a precious poetry that speaks to the heart.

What you witness here is a journey of evolving mastery of an incredible talent that bodies forth a deeply expressive voice in a world of fine jewelry.